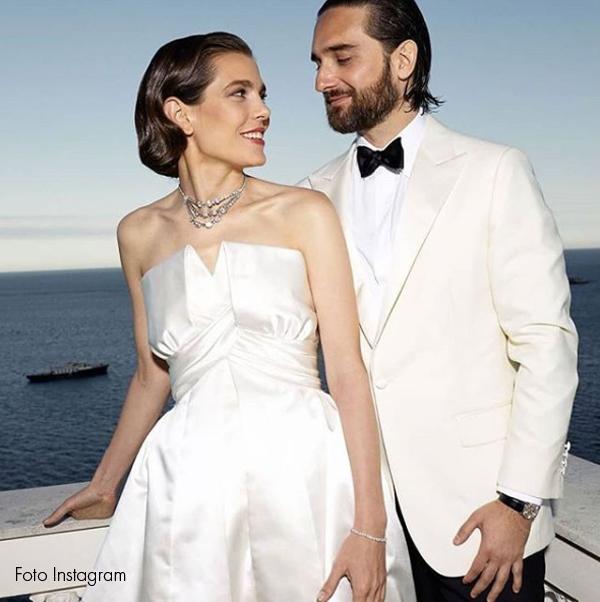 After the long tam-tam of the gossip, it really happened: Charlotte Casiraghi, daughter of the princess of Monaco Caroline, on June 1, has married Dimitri Rassam, film producer and Balthazar’s father, the second son of Charlotte (Raphael was born five years ago from the princess's relationship with the actor Gad Elmaleh.Charlotte hairstyle for the wedding closely resembles that of the grandmother Grace Kelly,

American actress who later became the wife of the prince Ranieri and died prematurely in 1982: inherited beauty does the rest and Charlotte radiant face is surprisingly similar to that of the grandmother (for the occasion she wore a precious necklace belonged to Grace).Charlotte hairstyle is a “faux bob”, a false bob: the princess in fact has very long hair: here they are wisely collected in a bob from the 50s, a sophisticated and elegant hairstyle which makes her splendid features stand out even more.